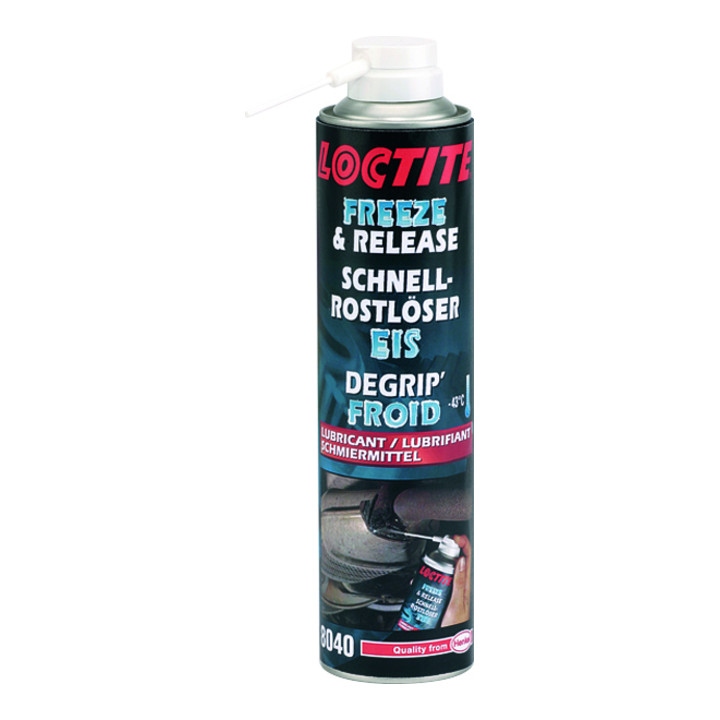 Questions about the product
The product description does not help you?
No problem. Simply fill out the form and we will answer you as soon as possible.

Application examples:
Seized and corroded assemblies of threaded and cylindrical parts across all industries including cars, trucks, agricultural and construction machinery,
general industry.

How to Apply:
Remove dirt and loose rust, shake can well, spray required area for about 5–10 seconds from a distance of 10–15 cm. Parts can be dismantled after
allowing 1–2 minutes for reaction. Repeat application if necessary.

Your shopping cart is empty

With package tracking
Shipping in 133 countries!